Is it a trade or a hobby – working tax credits

Or a hobby, which will not allow you to claim working tax credits.

There is little in terms of legislation that defines what a trade is. In the absence of clear definition we can place some reliance on the “badges of trade” as set out by case low and the Royal Commission for the Taxation of Profits and Income in 1955. 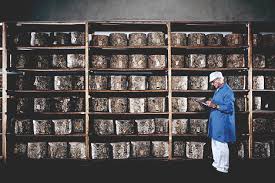 Lets look at each on in turn.

An intention to make a profit supports trading, but by itself is not conclusive. The item being bought and sold can be of importance. For example items which are often bought for investment such as shares, property and gold are more likely to be considered investment then trade. That said each case will be looked at its merit and in combination with the other badges of trade.

The number of transactions

Systematic and repeated transactions will support trade. A single isolated transaction can amount  to the carrying on of a trade for tax purposes, but it is generally not easy to show that this is the case. While there is no guidance to as to a specific number of trades/sales in case law, generally a repeated number of transactions which are carried out in way that is usual for this type of trade will be in favour of a trade being carried out.

The nature of the asset

Is the asset of such a type or amount that it can only be turned to advantage by a sale? Or did it yield an income or give ‘pride of possession’, for example, a picture for personal enjoyment?

The nature of the asset used in the business can be of great even decisive importance. Assets which value can usually be only realised in the course of trade will provide considerable weight behind the trades claim.

Changes to the asset

Was the asset repaired, modified or improved to make it more easily saleable or saleable at a greater profit? If the asset was modified it is more likely that the activity is considered a trade vs the case where the same item was bought and resold without modification.

The was the sale was carried out

Was the asset sold in a way that was typical of trading organisations? Alternatively, did it have to be sold to raise cash for an emergency? For example an asset sold at a profit using channels used by similar trades is more likely to be considered trade then the same asset sold at a fire-sale to get emergency cash.

The source of finance

Was money borrowed to buy the asset? Could the funds only be repaid by selling the asset? If answer to both is yes this would be supportive of trade.

Interval between purchase and sale

Assets that are the subject of trade will normally, but not always, be sold quickly. Therefore, an intention to resell an asset shortly after purchase will support trading. However, an asset, which is to be held indefinitely, is much less likely to be a subject of trade.

An asset that is acquired by inheritance, or as a gift, is less likely to be the subject of trade. 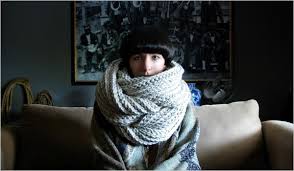 HMRC’s BIM20050 has extensive commentary on the meaning of “trade”. While it does not have the weight of law behind it, it can be used as a useful guidance.

Not all “badges” of trade will be present in every case and in some some badges will point one way and some the other. If you are concerned if your business is considered trade or a hobby please reach to us for a free review of your circumstances. We can only commit to provide free reviews for the first 10 clients that reach out to use before 1st of June 16.

P.S We would generally recommend that you have a written business plan – while itself not a  badge of trade, it can put a significant weight behind the claim you are running a trade rather than a hobby. It should also focus your business and make it more successful.

About the Author
Nikolay qualified as chartered accountant with KPMG in 2011 where he specialised in financial institutions audit. Since leaving KPMG Nikolay has shifted focus from large institutions to small business aiming to bring solutions such as cloud accounting, real time management information and tax structuring to contractors and small business. He has considerable expertise in accounts and tax compliance and hands-on experience with outsourcing back office functions such as operations and finance to more cost effective locations.
Social Share

COVID-19 Government Help For the Self-Employed
No Responses.

Disclaimer: The information on this website is produced for general guidance only, and professional advice should be sought before any decision is made. Individual circumstances can vary and therefore no responsibility can be accepted by the contributors or the website owner, Shubraka Opportunities Limited, for any action taken, or any decision made to refrain from action, by any readers of this website. To the fullest extent permitted by law, the contributors and Shubraka Opportunities Limited do not accept liability for any direct, indirect, special, consequential or other losses or damages of whatsoever kind arising from using this website.